With the strengthening of China’s environmental awareness and the change of energy structure, China’s urban gas industry has made great progress. The types of gas have developed from simple coal system to multiple gas sources. In the late 1990s, the continuous development, construction and utilization of China’s natural gas resources have promoted the development of China’s urban natural gas into a new era.

The pressure of natural gas transmission and distribution is higher than that of man-made gas, so it is very important to store and transport natural gas safely in densely populated cities and towns. If the leakage and shutdown accidents caused by improper selection or poor quality of gas valves affect the normal life and production of the society, and the serious ones cause great losses to the life and property of the country and the people. Therefore, the author believes that the valve is an essential equipment for the safe operation, overhaul, transformation and development of gas transmission and distribution, storage system, and leaders and technicians engaged in the gas industry must pay enough attention to the selection of gas valves. In this paper, the material selection, structure modeling, working condition selection and relevant standards of gas valve are put forward for reference only in gas industry.

I. Current situation of gas valves in China

Before 1980s, there was no special valve for gas, only water valve. Since the reform and opening up, the development of economic construction has promoted the development of gas manufacturing industry. The valve manufacturers paid attention to the special valve for Yanwei gas. At that time, they mainly overcame the problem that there were more impurities in coal to gas, especially the “gas glue” formed by the mixture of tar, aromatic hydrocarbon and dust, which affected the valve seal or “bite” the valve stem. The development and application of natural gas have changed the nature of gas. Natural gas is cleaner and drier than coal-fired gas, but it contains sand dust, and the pressure is higher than coal-fired gas (the pressure of coal-fired gas is generally 0.05-0.3mpa, and the pressure of natural gas is generally 0.4-1.6mpa or higher). Under the high pressure, sand dust will form a strong scouring effect on the valve cavity. Under various gas source conditions, how to use it in urban areas, gate stations, storage equipment and underground pipes It is a new task for us to choose gas valve on the road.

In order to have enough “strength” and “rigidity” — “strength” means that the valve should be able to bear the Zui high pressure of gas transmission and distribution in the pipeline, and more importantly, it must have enough “rigidity”, that is, it can keep the valve from deformation even under various external forces of the underground pipe network, which can guarantee the sealing performance of the valve:

According to the use pressure of the gas pipeline, the valve shell material is selected reasonably, which can not only meet the safe operation of the pipeline, but also reduce the cost and make the best use of everything. 3. Butterfly valve
Compared with the above valves, butterfly valves are lighter, larger in diameter and lower in price. In the early 1980s, some gas companies once used butterfly valves. After about ten years of use, it is generally considered that the effect is not good.

4. Flat gate valve
Flat gate valve is a general valve which has been used in gas pipeline in recent years. Its flow resistance is small when the valve is full bore, and the seal on both sides is formed by pressing PTFE or rubber O-ring on the gate. This kind of valve can’t be completely closed or fully opened without gas in the middle cavity, which is not convenient for users to judge whether the valve is closed tightly in emergency repair. If the valve is to be completely closed without gas in the middle cavity, the opening and closing torque will increase rapidly; some factories Home made reducer, such as DN200 caliber, with an inner diameter of only 150 mm. Users should pay special attention to it. Therefore, the flat gate valve is suitable for the occasion of lower pressure level system and smaller nominal diameter.
5. Gas gate valve with elastic seal
Elastic seal gas gate valve is different from flat gate valve. The features of the valve are similar to the elastic seat structure of the fixed ball valve. The sealing seat rings on both sides of the ram are of the elastic floating structure. The sealing faces are always close together during the opening and closing process, and can compensate the wear of the sealing pair, which is suitable for the occasion of high pressure system. When the valve is fully open and fully closed, there is no gas in the valve cavity, even if the remaining gas in the valve cavity is released There is still no pressure in the cavity, so users can safely construct the pipeline downstream of the valve, which greatly reduces the working time for gas stop preparation before construction.
There are two connection forms of elastic seal gas gate valve: flange type and welding type. Flange type is the traditional connection way. The welding type can directly weld the valve and the pipeline, saving the pipe laying cost; the two kinds of valves can be directly buried, avoiding unnecessary inspection wells, and bringing convenience to the construction.
When the elastic seal gas gate valve is fully opened, it looks like a section of pipeline with the same diameter of the pipeline, with minimal flow resistance; all sealing surfaces are hidden and do not contact with the medium. For the artificial coal to gas, the “gas glue” cannot adhere to the sealing surface, and for the natural gas, the dust and gravel can not wash the parts.
In a word, the elastic sealing gas gate valve is suitable for gas pipeline, especially for underground gas pipeline. From the situation of foreign investigation, many countries use the elastic flat gate valve on the natural gas pipeline. Compared with the nominal diameter elastic flat gate valve and the ball valve, they have the function of fire prevention, and the price is about 30% lower than the ball valve, so the use effect is the same. The disadvantage of Trz series elastic seal gas gate valve is that its structure height is large, and it has 4 nominal diameters. Because it is buried underground, the height above the central axis of the pipeline is the same as that of the common gate valve, and its disadvantage is not obvious, mainly that the height of the lower half is larger than that of the common gate valve, and the buried depth is larger during construction, but generally does not affect the pipeline laying; 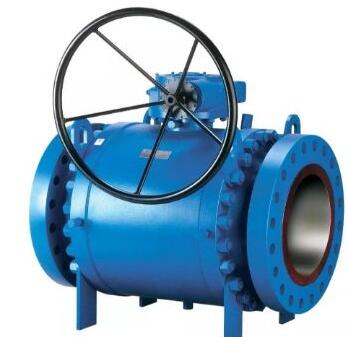 The emergency cut-off electric ball valve integrates the advantages of the ball valve, with the opening and closing speed of 3.75 seconds, which fills in the gaps at home and abroad. In addition, it has the function of anti-static and fire prevention in the structure design. The electrical equipment can be connected with the gas leakage alarm, disaster control equipment, fan and other auxiliary equipment. The overall design conforms to the price of dbj08-65-97 technical code for urban natural gas pipeline engineering It is much lower than similar imported products. Once it came out, it was accepted by gas users and received high praise.
3. Gas check valve
The compressor of gas storage and distribution station often needs to be equipped with check valve to prevent gas from flowing back into the compressor. The water check valve has been eliminated in the gas industry. The main disadvantage of the general gas check valve is that the valve plate vibrates with the reciprocating motion of the compressor, which makes a great noise when colliding with the valve body and easily damages the valve plate. The second is poor sealing.

The gas valve plays an important role in the gas industry, and the Ministry of construction attaches great importance to the normative construction of the gas valve. The industry standards of the gas valve include CJ3005-1992 general technical requirements for grey cast iron valves for urban gas, CJ3055-1995 test and inspection for valves for urban gas, CJ3056-1995 general technical regulations for ductile iron and cast steel valves for urban gas In June 2002, it also passed the industry standard of domestic manual gas valve. The formulation and promulgation of these standards standardize the valve industry, promote the progress and development of gas valves, and promote the development of gas industry; provide a reference for the research, production and use units; improve the understanding of the difference between gas valves and general valves, and ensure the safety margin of gas valves; they are welcomed by the gas industry.

According to the analysis of China’s national conditions and the status quo of gas valves, the following basic conclusions can be drawn.

China’s gas industry, especially the rapid development and popularization of natural gas, has driven the progress and development of gas valve manufacturing industry. With the introduction of West to east gas transmission, offshore natural gas, and Russian gas sources, new gas valves will come out to meet the needs of gas users.

What is a gas valve on a boiler?

The gas valve on your boiler controls the flow of gas to the pilot light and burner. When you demand heat or hot water, the boiler works like this: The PCB first detects the fan is operational, ready to expel dangerous flue gases via the flue.

How can you tell if a gas valve is open or closed?

How does a gas valve work?

A thermocouple is a device made of two different metals which creates a small electrical charge when heated at one end by the gas pilot. This small charge causes an electromagnet inside the gas valve to open and allow gas to flow to the main burners.

A gas control valve can be found on any appliance that utilizes gas. These valves are vital for the operation and safety of any gas appliance. The valve does exactly what it sounds like, it controls the amount of gas flowing to create a steady flow without allowing any gas to leak.