As we all know, the flow and velocity of valve depend mainly on the diameter of valve, and also on the resistance of the structure to the medium, and at the same time, it has certain internal relations with the pressure, temperature and concentration of the medium.

The flow rates in various media are shown below.

Table for conversion of valve nominal diameter to inch

Valve size and size of the pipeline has a certain relationship, usually speaking of how large diameter (outer diameter) with large valves. The valve caliber needs to be calculated according to the actual parameters. Generally speaking, the pipeline will be larger, and the valve should be relatively small. It depends mainly on the size of the flow that the valve position needs to be controlled, and the pipeline size only needs the circulation capacity enough.
(1) pipe size and valve diameter and inch contrast table:

Conversion between pounds and kilograms, conversion between kilograms and pounds.
Kilograms (kg, also known as kilograms) is a statutory unit of measurement in the international system of units. Lb is the British system of quality units used by the United Kingdom and the United States, and is used as a code for weight measurement. So how much is 1 pounds? How many kilograms are 1 pounds?
According to the international measurement conversion standard, 1 pounds =453.6 grams, and 1 jin =500 grams, so 1 pounds =0.972 Jin, that is 1 pounds = 0.4536 kg.
Common weight conversion methods:

Conversion of kilograms and pounds in valves:

Because of the different standards of valves, some valves are expressed in pounds (class), and some are expressed in kilograms (PN). How do they convert pounds and kilograms in valves? Kilogram PN is a code that is related to pressure. It is the nominal pressure commonly used by domestic valves, class. api valve The nominal pressure, kilogram (PN) and pound (CLass) are the means to indicate pressure. The difference is that the pressure they represent corresponds to the reference temperature.
Comparison table between valve class and nominal pressure unit:
Note: kilogram (PN) European system refers to the corresponding pressure at 120 degrees Celsius, while the pound (CLass) US standard refers to the corresponding pressure at 425 degrees Celsius. So in engineering interchange, we can not simply carry out pressure conversion.
Example: CLass300# should be 2.1MPa only for pressure conversion, but if the temperature is taken into account, the corresponding pressure will rise. According to the temperature and pressure test of material, it is equivalent to 5.0MPa.

How many kilograms of pressure valves do we usually talk about is equivalent to Mpa. Conversion of Mpa and kg, for example 1.0MPa=10 kg, 2.5MPa=25 kg pressure.
Valve pressure conversion:
PN and CLass are all expressions of pressure in valves. The difference is that the pressure they represent corresponds to the reference temperature. The PN European system refers to the corresponding pressure at 120 degrees Celsius, while the CLass American Standard refers to the corresponding pressure at 425.5 degrees Celsius. Therefore, in engineering interchangeability, pressure conversion can not be simply carried out. For example, CLass300# should simply use pressure conversion to be 2.1MPa, but if the temperature is taken into account, the corresponding pressure will rise. According to the material temperature and pressure test, it is equivalent to 5.0MPa.
Valve pressure division:
National standard, American Standard, Japanese standard valve nominal pressure, pound (Lb), MPa (Mpa), Pakistan (bar), Japanese standard (K) conversion table. 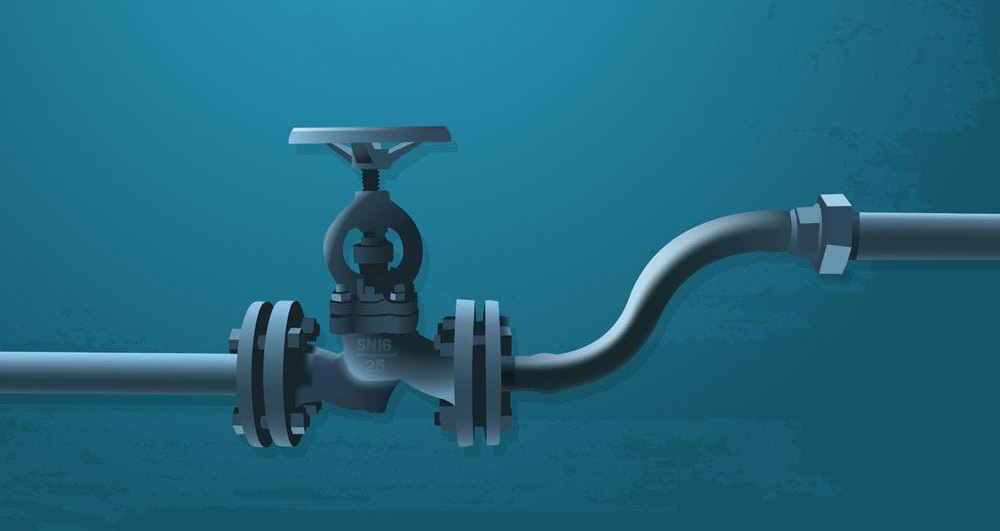 The arrow marked on the valve body is the recommended pressure bearing direction of the valve, not the flow direction of the pipeline medium. The valve with two-way sealing function can be marked with arrow instead of indicating arrow, because the arrow of the valve refers to the recommended pressure bearing direction, and there is always a better direction between left and right or up and down. It is usually installed wrongly by the engineering installation company as the flow direction mark of the medium, resulting in leakage and even pipeline accidents. 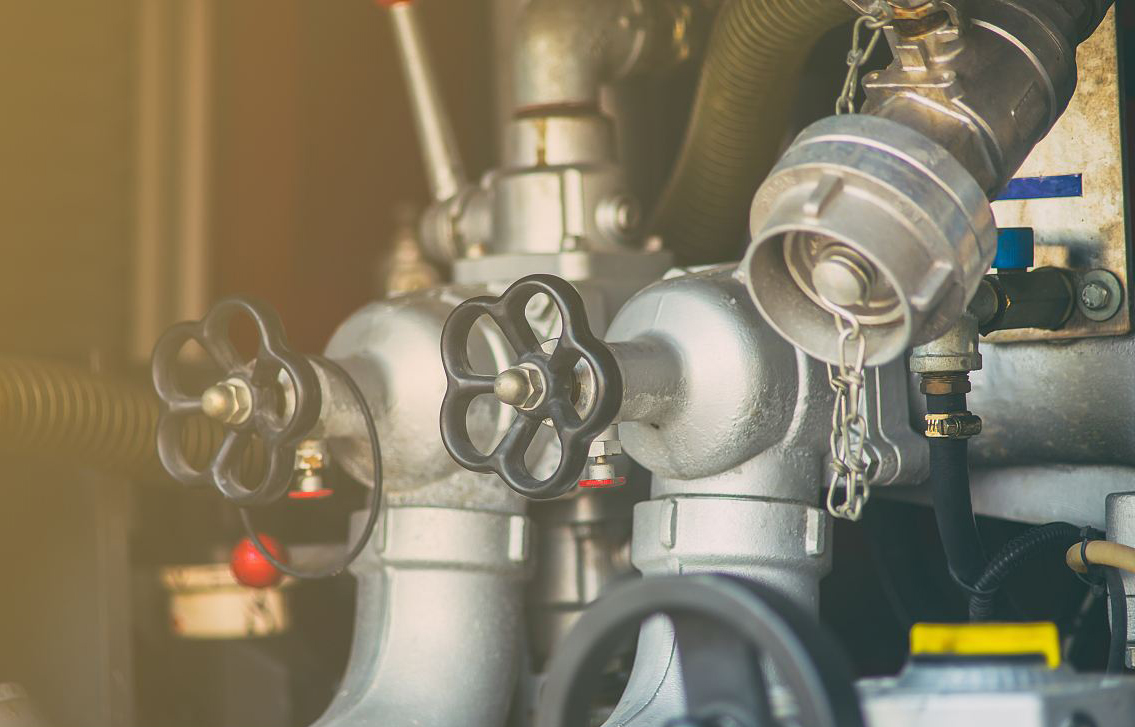 The valve cavity of the stop valve is not symmetrical. The fluid should be allowed to pass through the valve port from bottom to top, so that the fluid resistance is small (determined by the shape), the opening is labor-saving (due to the upward pressure of the medium), and the medium is not pressurized after the closing, which is convenient for maintenance. This is the reason why the stop valve can not be reversed. Other valves have their own characteristics.
The installation position of the valve must be convenient for operation; even if the installation is temporarily difficult, the long-term work of the operator should also be considered. It is better to make the valve handwheel flush with the chest (generally 1 away from the operating floor). 2 meters). In this way, opening and closing the valve is relatively energy-saving. The hand wheel of landing valve shall face up, and do not tilt to avoid awkward operation.
The valve of the wall leaning machine and the equipment shall also leave room for the operator to stand. It is not safe to operate in the sky, especially in acid and alkali, toxic media, etc.
Do not install the gate valve upside down (i.e. the hand wheel is downward), otherwise, the medium will remain in the valve cover space for a long time, which is easy to corrode the valve stem, and is forbidden by some process requirements. At the same time, it is inconvenient to change the packing. Open stem gate valve shall not be installed underground, otherwise exposed stem will be corroded due to humidity. When installing the lift check valve, make sure that the valve disc is vertical, so that the lift is flexible. The swing check valve shall be installed with its pin shaft horizontal so that it can swing flexibly. The pressure relief valve shall be installed vertically on the horizontal pipeline and shall not be inclined in all directions.

Selection principles of valves in petroleum and chemical industry

In the face of so many valve classifications and such complicated working conditions, the most suitable valve products for piping system installation should be selected. First, the characteristics of valves should be understood; secondly, the steps and basis for selecting valves should be grasped; furthermore, the principles of selecting valves for petroleum and chemical industries should be followed. The principle of selecting valves for petroleum and chemical industries is that the flow path is a straight through valve, and its flow resistance is small. It is usually chosen as the valve for closing and opening the medium. The valve that is easy to adjust the flow is used for controlling the flow rate; the stopcock and the ball valve are more suitable for diversion and shunting; and the sliding and wiping valves on the closed parts along the sealing surface are most suitable for the medium with suspended particles. One. valves for cut-off and opening of medium
The flow path is a straight through valve, and its flow resistance is small. It is usually selected as the valve for closing and opening the medium. The downward closed valve (stop valve and plunger valve) is less selective because of its tortuous flow path and higher flow resistance than other valves. Closed valves can be used when high flow resistance is allowed.
Two. Valves for controlling flow volume
Usually, the valve that is easy to adjust the flow is selected as the control flow. The downward closed valve (for example, globe valve) is suitable for this purpose, because its valve seat size is directly proportional to the stroke of the closing piece. Rotary valves (plug valves, butterfly valves, ball valves) and flexible valve bodies (clamping valves, diaphragm valves) can also be used for throttling control, but they are usually applicable only to a limited range of valves. The gate valve performs cross cutting movement on the circular valve seat by means of disc gate. It can control flow only when it is close to closing position, so it is usually not used for flow control.
Three. Valve for reversing diversion
There are three or more passages for this valve according to the need for diverting diverts. Plug valves and ball valves are more suitable for this purpose. Therefore, most of the valves used for diverting diverting valves are one of the valves, such as plug valves and ball valves. But in some cases, other types of valves can be diverted as long as two or more valves are properly interconnected.
Four. Medium valve with suspended particles.
When suspended particles are applied in the medium, it is most suitable for the valve with the wiping effect on the sliding cover along the sealing surface. If the closing piece is vertical to the back and forth movement of the seat, then it may be gripped particles. Therefore, unless the sealing surface material can allow the particles to be embedded, it is only suitable for the basic cleaning medium. Ball valve, plug valve, butterfly valve in the process of opening and closing of the sealing surface wipes, so it is suitable for use with suspended particles in the medium.
At present, no matter in petroleum, chemical industry or in other industries, the most important and critical equipment is to control or eliminate the leakage of valves. The final control of the pipeline is valve and valve. The service and reliable performance of valves in various industries is unique.