In a word, cold upsetting (extrusion) is a processing method with high comprehensive economic benefits, which is widely used in the fastener industry and an advanced processing method widely used and developed at home and abroad. Therefore, how to make full use of and improve the plasticity of metal, master the mechanism of metal plastic deformation, and develop a scientific and reasonable cold upsetting (extrusion) process of fasteners is the purpose and purpose of this chapter.

Deformation refers to the sum of relative displacements of fine particles composed of itself under the condition of keeping its integrity when the metal is under stress (external force and internal force).

In order to evaluate the plasticity of metals, a numerical index is often used, which is called plasticity index. The plasticity index is expressed by the plastic deformation at the moment when the steel sample begins to destroy. In practice, the following methods are usually used:
(1) Tensile test
The tensile test is expressed by elongation δ and reduction of area ψ. It represents the plastic deformation ability of steel specimen under uniaxial tension, which is a plastic index commonly used in metal material standards. The values of δ and ψ are determined by the following formula:

Where: l0, LK — the length of original gauge length and gauge length after failure of tensile specimen.
F0, FK — the cross-sectional area of the original and broken parts of the tensile sample.
(2) Upsetting test is also called flattening test
It is to make the sample into a cylinder whose height ho is 1.5 times of the original diameter do of the sample, and then flatten it on the press until the first visible crack appears on the surface of the sample. At this time, the compression degree ε C is the plasticity index. The value can be calculated as follows:

Where ho is the original height of the cylindrical sample. HK — the height of the sample when the first visible crack appears on the side surface of the sample during flattening.
(3) Torsion test
The torsion test is expressed by the torsion angle or the number of turns when the sample is twisted on the twisting machine. Tensile test and upsetting test are commonly used in production. No matter what kind of test method, it is relative to a particular stress state and deformation condition. The plasticity index obtained from this is only a relative comparison, which only indicates the plasticity of a certain metal under what deformation conditions. 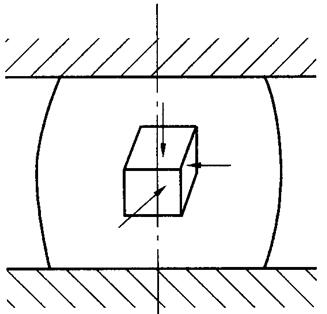 In view of the main factors affecting the plasticity and deformation resistance of metals, combined with the actual production, it is completely possible to take effective technological measures to improve the metal plasticity and reduce its deformation resistance
a. Billet condition
In addition to the chemical composition and structure uniformity and no metal inclusion, the raw materials for cold heading should be softened and annealed. The purpose is to eliminate the residual stress in the metal during rolling, make the structure uniform and reduce the hardness. The hardness of the metal before cold heading is required to be HRB ≤ 80. Spheroidizing annealing is generally adopted for medium carbon steel and alloy steel, the purpose of which is not only to relieve the stress and make the structure uniform, but also to improve the cold deformation plasticity of the metal.
b. Improving the smoothness of die and improving the lubrication condition of metal surface
These two measures are to reduce the friction between the deformation body and the working surface of the die, and to reduce the tensile stress caused by friction as much as possible.
c. Select appropriate deformation specification
In the cold upsetting (extrusion) process, there are few products formed by upsetting at one time, which usually needs two or more upsetting. Therefore, it is necessary to make reasonable distribution of each deformation, which is not only conducive to making full use of the cold deformation plasticity of metal, but also conducive to metal forming. Such as cold heading, cold extrusion compound forming, twice reducing diameter of bolt, big material and small deformation of nut are used in production. 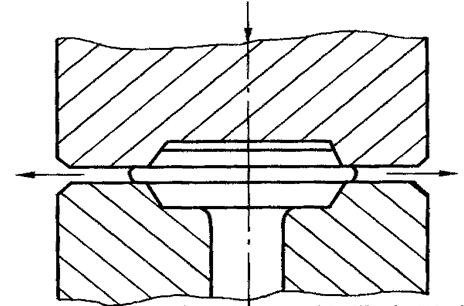 Fig. 36-4 flow diagram of metal according to the law of minimum resistance during upsetting

Law of invariance of volume Fig. 36-6 is the upsetting diagram of annular blank. When there is no friction, the annular part is compressed in height. According to the condition of constant volume, the diameter of metal increases in both outer and inner layers, that is, all metals flow radially outward. Due to the existence of friction, the flow is hindered. The closer to the inner layer, the greater the resistance of outward flow of metal, which is greater than that of inward flow, thus changing the flow direction. As shown in the figure, there is a flow interface (DN) in the annular part.
b. Influence of tool and die shape
Due to the different shapes of tools and dies, the force applied to the blank and the friction force between the die and the blank are not the same, which leads to the difference of metal flow resistance in all directions and the distribution of metal flow volume in each direction.
c. The influence of uneven properties of metals
The uneven nature of metal reflects the uneven composition, structure and internal temperature of metal during deformation. Due to the non-uniformity of these properties, there are additional stresses in the metal which are balanced with each other. Due to the existence of internal force, the resistance of metal flow is different, and the deformation first occurs in the part with the least resistance.

At room temperature, the blank is placed in the die of automatic cold heading machine or press, and pressure is applied to the die. The relative motion of upper and lower dies is used to deform the blank in the die cavity, reduce the height and increase the cross-section. Such pressure processing method is called cold heading for automatic cold heading machine and cold pressing for press.
In actual production, the cold forming process of fasteners is often accompanied by extrusion in the process of cold heading. Therefore, the cold upsetting process of fastener products is actually a composite processing method of both cold heading and extrusion.